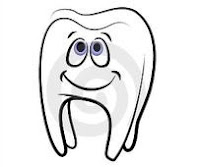 I checked for updates on the status of this cloning endeavor on 11/29/2016, but the most recent is simply a recap of this information by the Washington Times.
No comments: